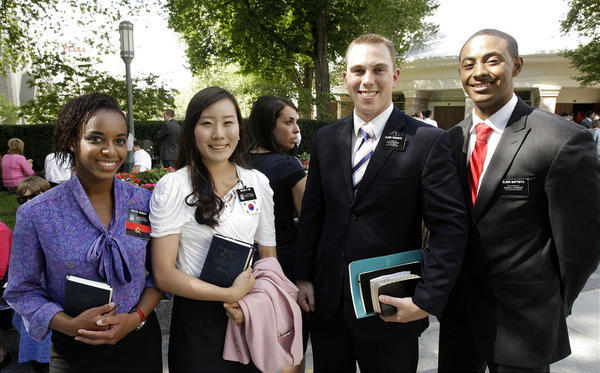 As the "Mormon moment" extends into 2012, the Pew Research Center's Forum on Religion & Public Life Thursday releases a groundbreaking new survey, the first ever published by a non-LDS research organization to focus exclusively on members of The Church of Jesus Christ of Latter-day Saints and their beliefs, values, perceptions and political preferences.

Entitled "Mormons in America: Certain in Their Beliefs, Uncertain of Their Place in Society," the survey was conducted between Oct. 25 and Nov. 16, 2011, among a national sample of 1,019 respondents who identified themselves as Mormons. The results validate a number of long-held stereotypes (most American Mormons are white, well-educated, politically conservative and religiously observant) while providing a few interesting surprises (care for the poor and needy is high on the list of LDS priorities, while drinking coffee and watching R-rated movies aren't as taboo among the rank and file as you might think).