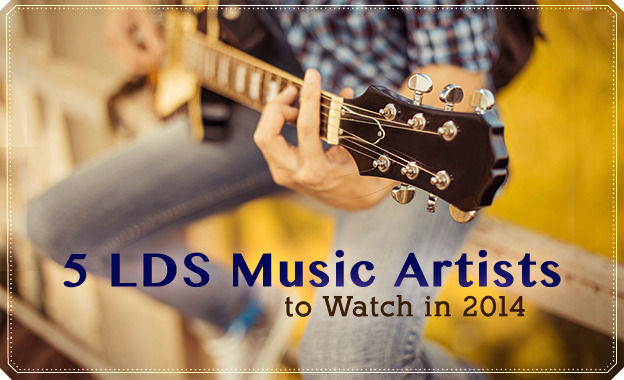 When musical group Hudson Lights released their first album late last year, we did a giveaway--and have never had so many people write in about how impressed they were with the quality of the prize! While they might be new on the scene, Hudson Lights is definitely a group you'll want to look for in 2014 and beyond. Listen now:

Another great artist new on the clean music scene is Broadway Les Mis star Sandra Turley. She brings a musical quality to the LDS scene that's unparalleled; it's like you're listening to her on Broadway, not in your living room or car! We're hoping to see more from her in 2014--just listen to how amazing she sounds in her debut album:

While the lovely ladies of Mercy River have been around for a few years, we think they're poised to take off in 2014. After taking a different musical direction in 2012, Mercy River has a new album on the shelves--we've never loved this all-mom trio more! Check out one of our favorite songs by the group, available on their first "new sound" album, Higher:

You've probably also heard of Jenny Oaks Baker before--but after hearing her again this past Christmas, we're excited about her all over again! Just listen to how amazing this Grammy-nominated Julliard violinist sounds as she accompanies Alex Sharpe in this Irish rendition of Silent Night:

While the argument can be made that The Piano Guys have already up-and-came (they are quite the YouTube sensation), we're still expecting even more great things from them in 2014. Just check out their latest video from this past month, which has over 7 million views: