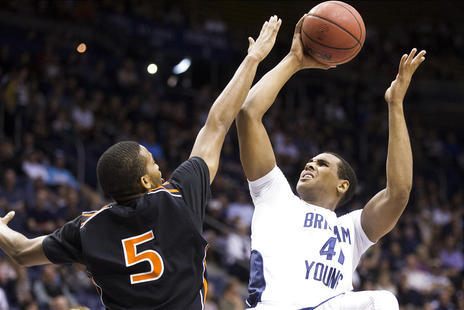 BYU basketball: Cougars proud of Davies' path to repentance, what he's done with his second chance

Davies is considered one of the best post players in school history. He has been named to the Wooden Award preseason watch list, and he could end up among the top 10 all-time scoring leaders at BYU (right now, he's No. 41 on that list and ascending rapidly, with 1,068 career points).

Last year, he posted the program's first 20-point/20-rebound game since 1975. He has a penchant for taking charges (31 last year) and he's known for bringing Marriott Center crowds to their feet with his rim-rattling slam dunks.