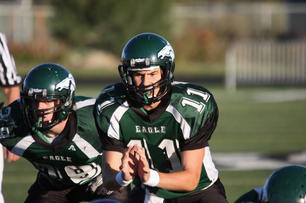 Being named an Elite 11 quarterback, let alone an MVP, marks the culmination of a lot of hard work.

“I’ve been working very hard on preparing myself, as hard as I’ve worked for anything in my life, and it paid off,” said the Eagle, Idaho, quarterback. “It‘s been great finding that work ethic in me, and it paid off at the end. I know that I can have similar success going forward if I work as hard as I did this week.”