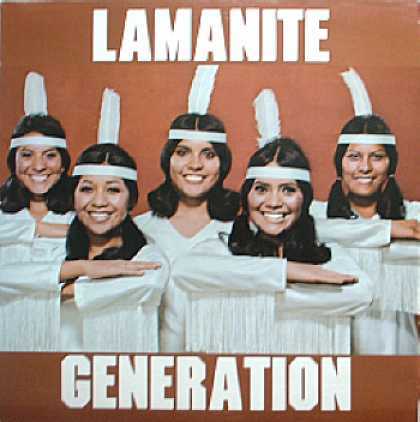 A few weeks ago, I gave a presentation at the University of Michigan on what benefits there might be to considering Utah as a settler colonial space. As part of a section on the political implications of adopting such a posture, I included some photos of the Lamanite Generation, a group of BYU students who toured the United States as part of an all-native choir. Afterwards, one of my friends who studies twentieth-century American Indian history came up to me. She was horrified: “That’s when the American Indian Movement was happening. Hadn’t they heard of it?”

I didn’t know the answer. The American Indian Movement (AIM) was a radical movement founded in the late 1960s that protested the poverty and violence that was endemic among native communities in the twentieth century. They staged massive protests that insisted that Americans recognize that its treaties with native tribes were not being honored and that many of the most iconic buildings and monuments in the United States were on land that, by treaty, belonged to American Indians.