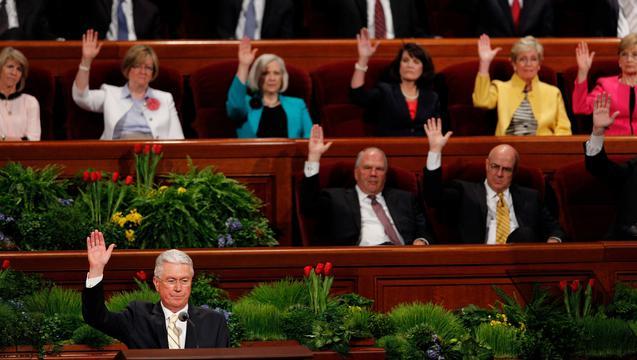 The First Presidency of The Church of Jesus Christ of Latter-day Saints announced five new General Authorities, a new Young Men general presidency, a new counselor in the Primary general presidency and 53 Area Seventies, at the Saturday afternoon session of the Church’s 185th Annual General Conference being held here this weekend.

A new counselor was called to the Primary general presidency to replace Sister Jean A. Stevens, who will serve with her husband in the England London Mission. Sister Rosemary M. Wixom will continue to serve as president, Sister Cheryl A. Esplin will serve as the first counselor and Sister Mary R. Durham has been called as second counselor.