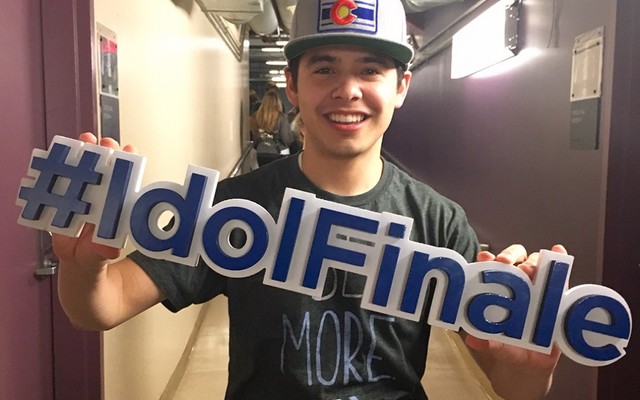 "American Idol was probably the most difficult thing I ever had to do in my life.  The most draining, emotional, challenging, overwhelming times in these first 25 years I’ve had," Archuleta shares. "Nothing challenged my character more than American Idol.  Never did I feel so alone, never was I so tempted in my life.  Never had I had such a drastic change."

Last week was the finale of the last season of American Idol.  At first I didn’t think I would be able to go.  It was scheduled for April this year when normally they had it in May.  When they first contacted us previous contestants to attend I had already had things scheduled.  A few days before the finale was to air, I felt something tell me to look at my schedule.  I realized that even though I had already said I was unavailable back in February, I saw that my schedule had changed.  I asked my manager if it’d be too late to still at least attend so that I could say goodbye to so many people that had influenced my life during my time both as a viewer and a participant in the show.  I was happy when I got a response that despite it being just a few days before, I’d be able to go. . . .

Before our opening number, “One Voice”,  I was feeling anxious.  I tried breathing to calm myself down. There were a lot of people backstage and a lot of noise with everyone talking, which all triggers my feelings of anxiety.  Everyone was excited, but I was quiet.  I usually am in those kinds of situations to not get overwhelmed.

Jordin Sparks was behind me, and asked with her bubbly energy that she always has, “Do you want to say a prayer?”  I said, “yes!”  She shouted around her  “K, everybody!  We’re going to say a prayer if you want to join us!!”  No one could really hear.  Colton Dixon and Danny Gokey came over to join us along with Blake Lewis, and Jordin started praying.  During the prayer I felt my fears calm down.  Prayers usually do calm my fears.  It’s interesting how that works.  When we finished the prayer and said “amen” I heard a lot more amens then I expected.

Read the rest of this story at davidarchuleta.com