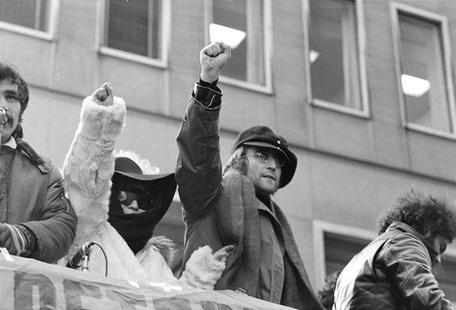 Defending the Faith: John Lennon was wrong, but right at the same time

I was surprised, puzzled and even a bit shocked to see the London Symphony Orchestra and the Liverpool Philharmonic Youth Choir showcase John Lennon's atheist anthem "Imagine" during the closing ceremonies of the 2012 Summer Olympic Games.

And that white death-masklike portrait of Lennon in the center of Olympic Stadium? Pretty ghastly — and especially so when it dissolved (decomposed?) at the end of the song. But that's a separate issue.

Don't get me wrong: Sadly, while I attended many California rock concerts featuring such Lennon contemporaries as the Byrds, Iron Butterfly, B.B. King, Cream and the Rolling Stones, I never saw the Beatles in a live performance.