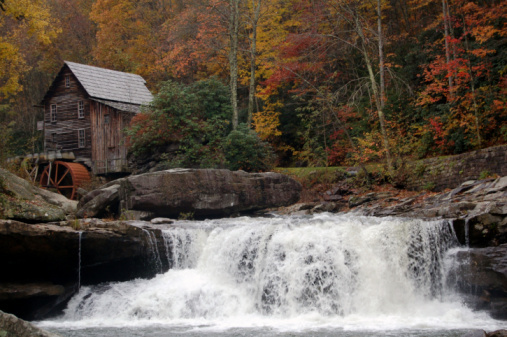 West Virginia is famous for its friendly locals and unique culture. Coal, steel, and logging industries of earlier days attracted immigrants that left lasting, diverse heritages. They all helped to forge a local culture and arts that are charming, unpretentious, and expertly crafted.

Every state tells its own story in a particular way. West Virginia shares its colorful history with hands-on historical fun at attractions around the state. Relive military history at frontier forts and battle reenactments; enjoy re-created Appalachian communities; even get a little grubby learning about bygone industries.

At Fort Prickett, it’s easy to imagine the sweat and tension of colonial-era settlers defending the 1774 stronghold from Native Americans. You can peer into tiny buildings and stroll through the 100 by 100 foot enclosure where up to 80 families would have crowded. You might hear the report of 18th century-style firearms—built on-site while you watch—or rub freshly spun wool fibers between your fingers.

The Civil War Discovery Trail boasts 16 stops in West Virginia—which is fitting, since the state was born in the war’s aftermath. At the Droop Mountain Battlefield, you can see the original Confederate earthworks and—every other October (next in 2010)—a re-creation of the entire battle.

Industries like coal mining, logging, and steel working shaped earlier West Virginians with a rough hand. Today you can ride a coal car through a damp, dark mine shaft at the Beckley Exhibition Mine while a retired miner in a hard hat tells tales and demonstrates mining techniques. Or, you can stroll through a preserved section of Cass, an old company logging town, and hitch a ride from an old steam locomotive to a re-created logging camp in a spectacular mountaintop meadow.

See next page for Celebrating Culture >>

U.S. Travel DestinationsTravel,Destinations,U.S.
Comments and feedback can be sent to feedback@ldsliving.com