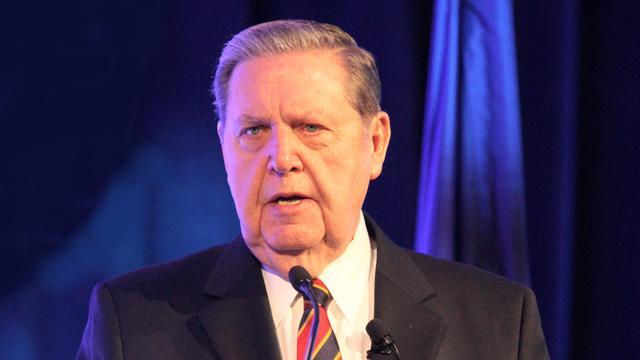 “In a day when some people are using religious faith to divide the human family, this little gathering is a bold declaration that commitment to deity can and should be a powerful, uniting force in this world,” said Elder Jeffrey R. Holland of the Quorum of the Twelve Apostles of The Church of Jesus Christ of Latter-day Saints during a national meeting of Scout leaders. The Boy Scouts of America (BSA) is holding its annual gathering in San Diego, California, where Elder Holland was the keynote speaker during a breakfast meeting Thursday, May 26, 2016.

“Here we are, hundreds of men and women from a variety of backgrounds and cultures — to say nothing of [our] varied faith traditions — gathered to talk about our collective duty to God,” said Elder Holland. “You are evidence that faith in God is not becoming weaker, thinner or less relevant in the public life.”

Elder Holland said the 1,600 attendees were brought together by their commitment to God and the boys and young men they serve.

He also said the challenges youth face today are “unprecedented in history” compared to when he was a boy growing up in southern Utah. “Let’s just say that trouble was a pretty much a long bicycle ride away, in any direction.”