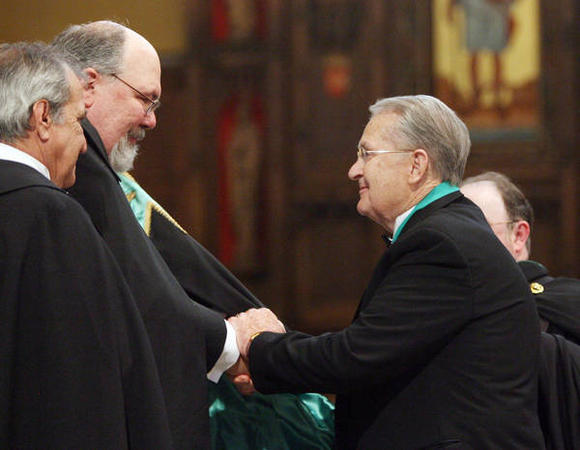 He is survived by his wife, Gwen Caroline Bradford Goaslind, and their six children. Funeral services are pending.