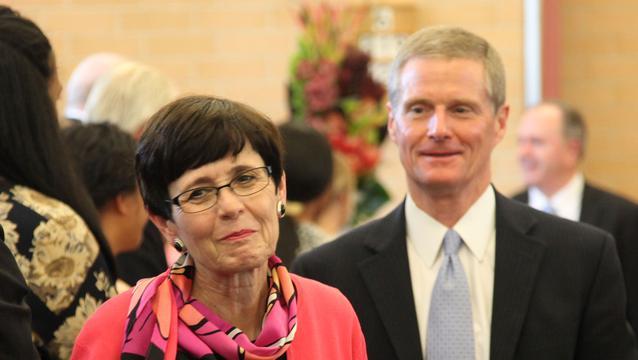 Elder David A. Bednar of the Quorum of the Twelve Apostles of The Church of Jesus Christ of Latter-day Saints and his wife Sister Susan Bednar spoke at a special devotional meeting focused on marriage last night in Sydney.

Elder Bednar told those in attendance that “the best question to ask in a relationship is, ‘Lord is it I?’ — meaning ‘Am I the one who needs to change?'"

“Divinely defined differences between a man and a woman in a marriage is the ultimate laboratory to become a disciple of Jesus Christ,” he said.