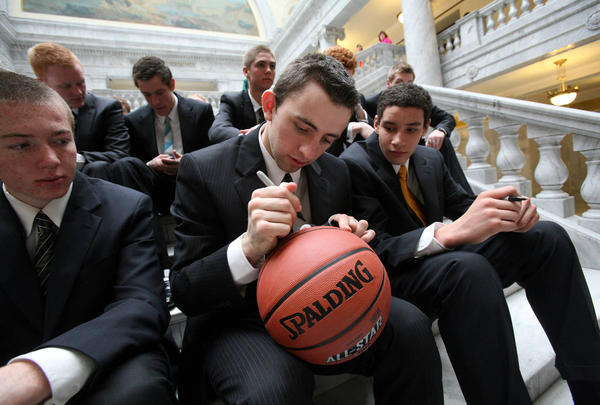 Examples of Faith Wherever They Go

Talon Shumway had something to say.

The senior was in class at an LDS seminary building next to Lone Peak High School in Highland, Utah, part of a clean, quiet, affluent community nestled below a towering Mt. Timpanogos and not far from a Mormon temple. The instructor had asked for a volunteer to share a spiritual message as part of an opening devotional. Shumway immediately raised his hand.

For almost 20 minutes, the young man talked to his peers about having just finished reading the Book of Mormon for the first time. He spoke about kneeling by his bedside and praying to God to know if the book was true. He felt nothing and continued to wrestle with the question late into the night. He described how he was about to give up, but was then overcome by a powerful, reassuring feeling of peace. It was overwhelming and he couldn’t deny it, Shumway told them.