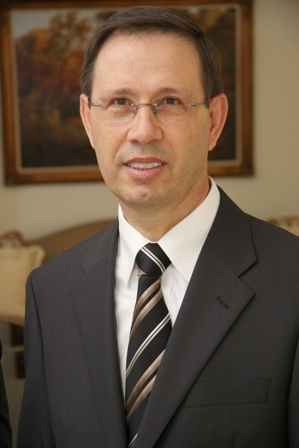 Carlos Wizard Martins is on a mission to make Brazilians bilingual. Already, the devout Mormon’s mission has gotten him close to making the ranks of The World’s Billionaires — Martins’ stake in his language company, Multi Group, is worth close to $700 million today (his various language school franchises include Wizard, Skill, Alps, Quatrum and Yazigi).

As tourism, businesses and a new middle class continues to expand throughout the country, so too, one imagines, will the market for continuing education. These days Brazil ranks among the countries with the worst English language competency in the world, according to a report released last week by Education First (EF), a worldwide educational company. EF says it tested 2.3 million students around the world to gauge how English skill levels compare among different countries.

Martins, who I sat down with in one of his Sao Paulo “Wizard” classrooms back in February, started his business from scratch. His career trajectory comes across as Brazil’s version of the American dream. The day we met, he’d made the 55-mile trek from Campinas, where he’s based, mostly to meet up with local Sao Paulo reporters for interviews. Immaculate in a suit, he sat in a student chair facing the class board while clutching onto a blackberry and gazing into a laptop. “Give me a moment and I’ll give you the attention that you need and deserve,” he said quietly without looking up, sounding very much like a teacher in charge of the classroom.
Read the rest of this story at forbes.com