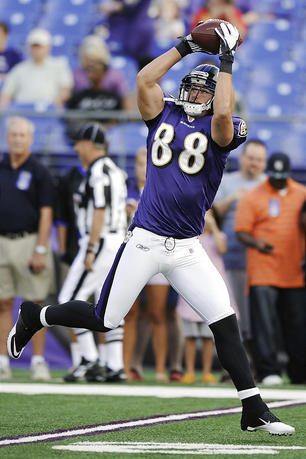 Dennis Pitta, 26, the former record-setting tight end for BYU, spent most of the off-season working out in Arizona following his rookie year in the NFL. He was there in July when he got word that the NFL lockout was over.

"We knew things were getting close. I was tracking it every day," said Pitta, now in his second season with the Baltimore Ravens. "ESPN was our best friend" during the lockout.

Less than 24 hours after Pitta got word the lockout was over he was on a flight from Phoenix to Baltimore. "It happened very quickly," Pitta said.