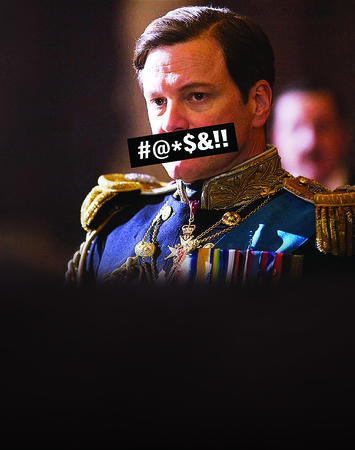 That's what Kirt Merrill said when he heard producers planned to edit "The King's Speech" and put it on the market in a PG-13 format. Five years ago, Hollywood studios threatened to sue Merrill, former owner of Cougar Video in Provo, for doing just that. As a result, his — and more than half a dozen other Utah video editing companies — shut down.

"That is absolutely hypocritical," he said.

The film, which took home an Academy Award for "Best Picture" Sunday, originally received an R rating for a scene in which Colin Firth, who plays King George VI, is pushed by his speech therapist to use profanity in order to overcome his stutter and says the F-word at least 15 times. Distributors' decision to re-release the movie with less profanity has reignited an old debate about whether or not editing a film compromises its artistic integrity.

A federal judge ruled in 2002 that editing profanity, sex and violence out of films caused "irreparable injury to the creative artistic expression in the copyrighted movies." The decision, and subsequent threat of legal action, prompted the shutdown of more than a half a dozen video editing stores in Utah, including Cougar Video.