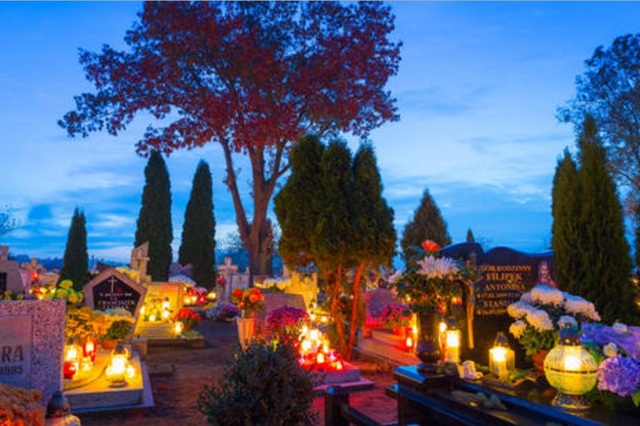 MR says: Have you ever wondered how Halloween got its start? Despite contrary belief, Halloween's roots aren't evil or demonic. The holiday has evolved over the years and mixed a number of traditions, none of which are sinister and some of which are quite uplifting.

We’re two weeks from Halloween, where, in America at least, tiny vampires, ballerinas, ghouls, superheroes, goblins, ninjas and witches will descend upon us, demanding candy. Halloween launches the holiday season, and children everywhere eagerly anticipate it. Some adults, however, regard the holiday as a glorification of darkness and evil.

The word “Halloween,” or “Hallowe’en,” dates to about 1745. It’s a contraction of “All Hallows’ Eve,” and it denotes the evening before the Western Christian feast of All Hallows’ Day (i.e., “All Saints’ Day”) — a time, in the Catholic calendar, for remembering the dead, particularly saints, martyrs, and departed Christian believers. (It’s akin to the Jewish “Yizkor” prayer and the Hindu period of “Pitru Paksha.”)

Many Halloween customs may have originated as ways of mocking the power of death. (“O death,” taunted the apostle Paul at 1 Corinthians 15:55, “where is thy sting? O grave, where is thy victory?”) By dressing up as fearsome creatures who prove, in fact, to be completely harmless, Christians could mock the devil, who had been defeated by Jesus Christ’s Atonement and Resurrection.

All Saints’ Day became a Christian holiday in A.D. 609, but it was originally celebrated on May 13.