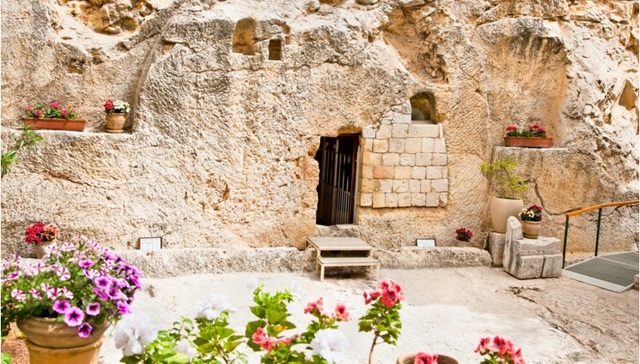 Have We Gotten the Date of Jesus' Death Wrong All Along?

Check out these interesting findings from an LDS archeologist who recently published his theory in BYU Studies Quarterly. For another perspective, check out  "Dating the First Easter" or check out James E. Talmage's Jesus the Christ where he examines multiple theories of the timing of events in Christ's life.

Despite the conclusion we might reach, we can all say like Brother Talmage that the timing of these events are inconsequential when compared to the magnitude of what Christ performed in his life and through His death and resurrection.

The Easter season is here, and with it we remember the atonement of Jesus Christ, his crucifixion, and his resurrection. The New Testament is explicit in reporting his resurrection on the first day of the week, which we call Sunday. But it comes as a surprise for many to learn that the tradition of Friday as the day of the crucifixion [may not actually be] supported in the scriptures. Rather, the clues in both the New Testament and the Book of Mormon point to Thursday as the day of the week when Jesus was crucified.

Dozens of these clues were explored in a recently published academic article I prepared, which appeared in the most recent number of BYU Studies Quarterly (December 2015). In that article it is demonstrated that Jesus was executed on the fifth day of the week, which we call Thursday. This occurred in the year AD 30 (rather than AD 33, as some LDS sources often maintain). Moreover, the calendar date of that Thursday was April 6 in the Julian calendar in Roman use at the time. . . .

In all four of the New Testament gospels, there is only one actual report of the period of time that passed between Jesus’ death and his resurrection. There are, to be sure, a dozen references that mention the three days his body would lie in the tomb of Joseph of Arimathea. But eleven of those are predictions, made before the events of Jesus’ execution took place. And the wording in them may seem ambiguous, since some say “the third day” was when Jesus would rise from the tomb (example Matthew 16:21), while others say “after three days” (example Mark 8:31).

The only after-the-fact report of the time elapsed between the crucifixion and the resurrection is found in Luke 24:20-21, in the account of the two disciples conversing with the risen Lord on the road from Jerusalem to Emmaus. In that conversation, which occurred in the afternoon of the Sunday Jesus had risen, the disciple Cleopas explained to the stranger walking with them (whom they did not realize was the Savior) that Jesus had been delivered by the chief priests and was crucified. Then Cleopas said “today is the third day since these things were done.” The timing is specific: Sunday was the third day since Jesus had been killed, which means Saturday had been the second daysince the execution, and Friday was the first day since the event – clearly indicating that Thursday was the day on which the crucifixion occurred!