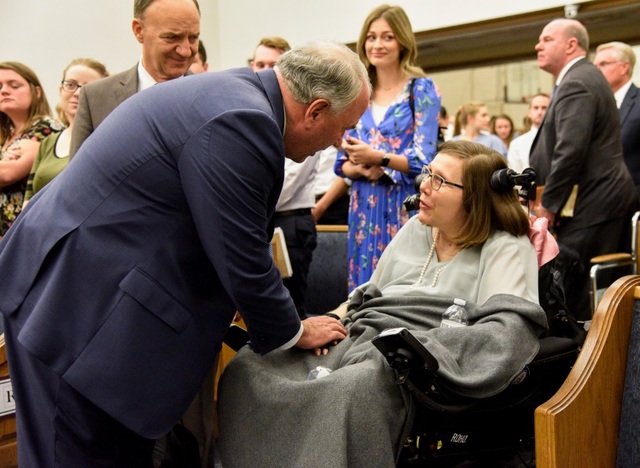 Elder Rasband also spoke to the Arizona Tempe Mission at the Institute building on Saturday, Oct. 19, with Elder Paul B. Pieper, General Authority Seventy, and Presiding Bishop Gérald Caussé. He told the missionaries that as a young man he wanted to serve a mission in Germany like his father, brother and brother-in-law. When he opened his mission call at the mailbox of his home, he was disappointed to learn he’d been called to the Eastern States Mission. He didn’t want to show his disappointment to his parents, so he went inside and opened the scriptures before they came home.

He read Doctrine and Covenants 100:2-4. He said he received his first scriptural revelation. “Done,” he said. “I knew it. I had a prompting. ‘The Lord wants me to go to the Eastern States Mission. That’s where I’m supposed to go,’ and I’ve never looked back.”

He encouraged the missionaries to read his April 2010 talk, “The Divine Call of a Missionary,” and spoke more about how apostles assign mission calls.

“The Lord called you through his prophet,” he said. “A member of the Quorum of the Twelve assigned you to this mission.”

“From one who questioned his own call and received a witness, you are all here because this is exactly where the Lord wants you to be. Put it out of your heart, put it out of your mind forever more, and know this is the right place for you to be.”