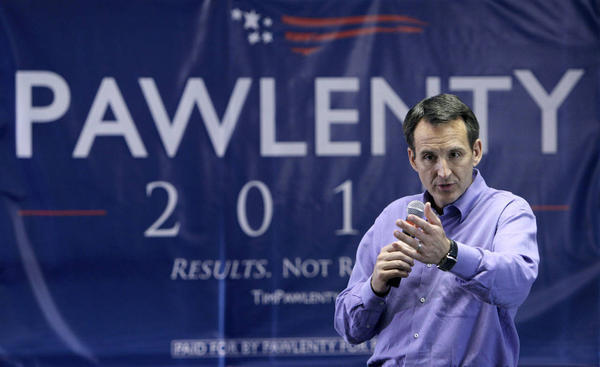 What They're Saying About "Us"Everything Else

Tim Pawlenty is talking about his evangelical faith. A new video shows Pawlenty and his wife discussing their belief in God, prayer, scripture study and Jesus Christ.

At one point Pawlenty says, "When somebody is running for or holds high office, whether it's mayor, governor or president of the United States, voters want to know, and deserve to know, 'Who is this person?' You know, 'What shaped their values? What are their values? Is this a person that's good to their word? Can we count on them?'"

The video is "aiming squarely at fellow candidates Mitt Romney and Jon Huntsman, who are both of the Mormon faith" said an article on the Huffington Post's website. "... Pawlenty draws a sharp contrast between their faith and his, making an explicit confession of Christianity."