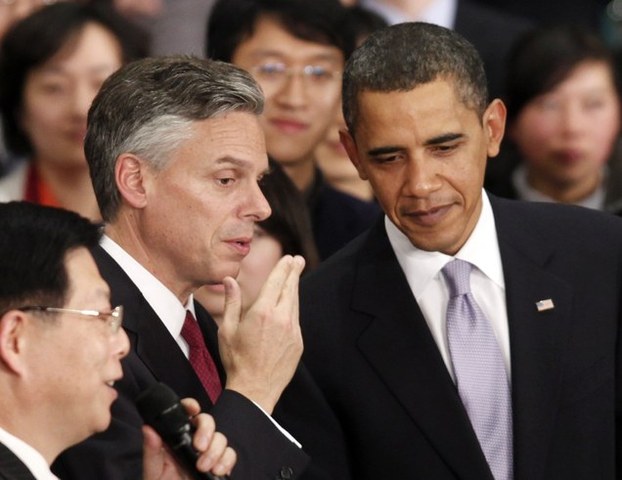 U.S. Ambassador to China Jon Huntsman Jr. has resigned his diplomatic post, effective at the end of April, and is weighing a potential presidential bid.

Huntsman, Utah’s former governor, told President Barack Obama two months ago that he planned to leave Beijing in late April or early May and on Monday delivered a resignation letter asking to leave his posting by May.

Beyond that move, Huntsman has not decided whether to run for president, though it remains an option, according to people familiar with his situation.

Despite media reports quoting unnamed White House officials who said they expected Huntsman to challenge Obama, White House press secretary Robert Gibbs stressed Monday that no one in the West Wing knows what “the future holds for Ambassador Huntsman.”