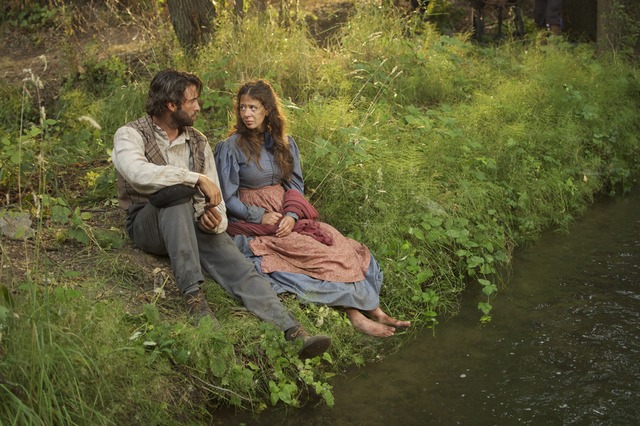 Utah isn’t the only state with recent access to movies the LDS culture might appreciate. Excel Entertainment, a division of Deseret Book Company, is working quickly to keep up with the significant demand from multiple theater managers in cities across the nation who want to show the entertainment group’s most recently released movie.

17 Miracles, the new film from producer/director T.C. Christensen, who helped bring us Testaments, and Only a Stonecutter, released June 3. In its first week, the film played in 10 theaters along Utah’s Wasatch Front. In the second week, five additional theaters added the movie to their listings. The third week, three more theaters in Utah and two in Nevada started showing the movie. Now in its fourth week, 17 Miracles will be playing in a total of 23 locations, including newly added theaters in Arizona and Idaho. As of July 22, the film will be playing in Plano, Texas.

“In virtually all of these theater expansions, the theaters are callings us – which is the opposite of how it usually works,” said Dave Brown, business operations manager for Excel Entertainment. “There have been some theaters that have called us to request the movie because moviegoers were complaining that their local theater wasn’t playing 17 Miracles. People really want this film in their area.”

On Monday, June 20, more than two weeks after its release, 17 Miracles saw its highest box office gross yet, which, according to Brown, is practically unheard of.

“It’s very satisfying when you release a local film that can compete with the best films in the country,” said Bob Ahlander, director of music and film at Deseret Book. “T.C. Christensen has made a wonderful movie that really resonates with the families in our communit[ies].”

The 17 Miracles Facebook fan page is constantly being updated with comments from eager fans either wishing they could see it, or expressing their excitement about having just watched the film.

One Facebook fan, Michael Meredith, wrote: “I saw the 17 Miracles movie Monday evening. I must say it's outstanding. I'm still under its great spirit and emotion filled message. The theater was full, no one left their seats until about one or two minutes after the credits were through. Many tears were shed by the viewers. What an incredible and wonderful experience. A must see.”