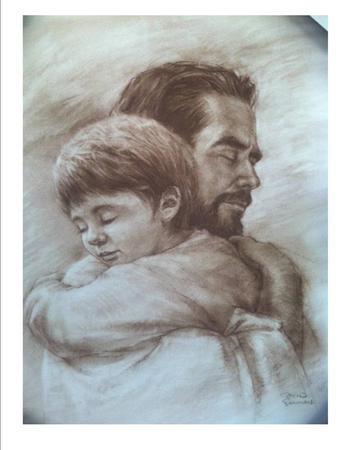 On Dec. 14, 2012, David Bowman was going about his normal routine, visiting the bank and running errands. It wasn't until a friend from Texas called him that he realized a tragedy had taken place at Sandy Hook Elementary School and that a drawing he'd created years earlier was providing comfort to thousands of people.

Bowman, a father of five and a member of The Church of Jesus Christ of Latter-day Saints, created a piece titled "Security" in 2006 featuring Jesus Christ holding a child in his arms. The artwork had always been well-received, but just hours after 20 children and 6 adults were shot and killed at the Connecticut elementary school in 2012, the drawing attracted unprecedented attention online.