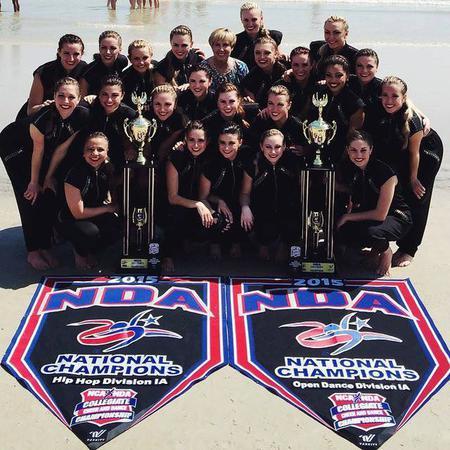 Dance competitions can be lonely places for teams that don't show extra skin or incorporate suggestive songs and choreography. But the Brigham Young University Cougarettes have used the differences in their attire and routines to their advantage.

On April 11, the Cougarettes were named the National Hip-Hop Champions at the NCA & NDA Collegiate Cheer and Dance Championship in Daytona Beach, Florida.

News of the Cougarettes' win spread on social media after Artistic Director Jodi Maxfield shared a video of the hip-hop routine, choreographed by Shandon Perez, on Facebook. The video now has nearly 2 million views, and Maxfield received more than 200 friend requests on Facebook because of it.

Maxfield believes her dancers' standards differentiate them in a positive way and play an important role in their success.