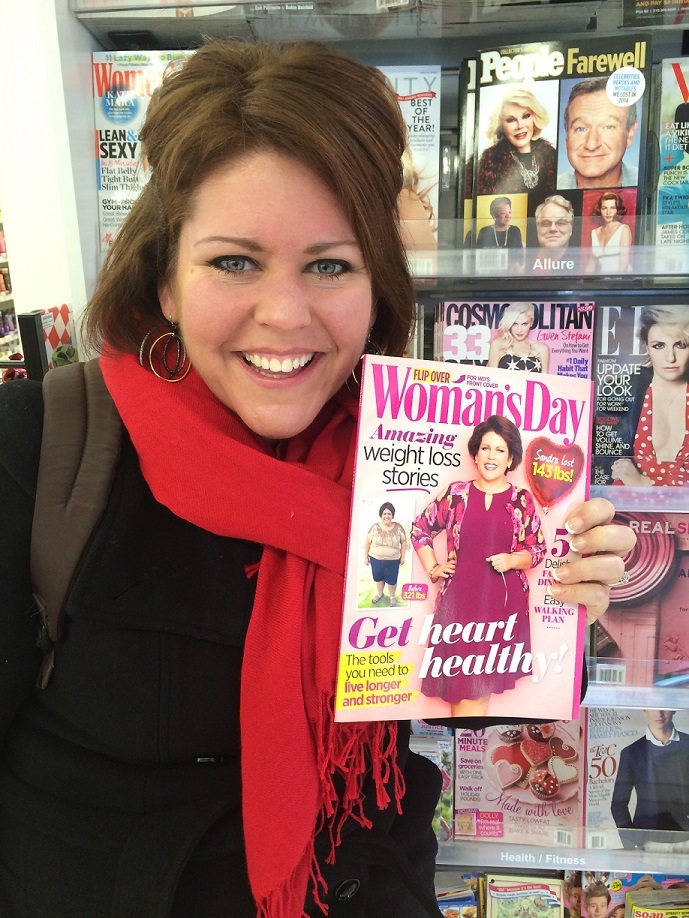 When a concerned doctor suggested Sandra Munroe* go to the ER as soon as possible, she knew something was wrong. Once there, she discovered her blood pressure was 233/138. “It was amazing that I was even alive,” she said. She started taking medication to lower her blood pressure, but she knew that it was time for a bigger change.

A month after her diagnosis, Munroe found out about Joy Bauer’s Live Longer & Stronger Challenge. The challenge was designed for women with a connection to heart disease. “Since I had just found out that I had high blood pressure, I qualified for this program. I typed up my submission and had it sent out in minutes.” After being contacted by the officials, Munroe learned that she had been chosen to participate. “It was a now or never moment,” she said. “If I couldn’t do it now on this program, I never would.”

A hundred pounds later, Munroe not only won as the participant who lost the most weight, she was also selected to become the Woman’s Day Ambassador. Since then she’s gone on to publish articles online for Woman’s Day magazine and continues her journey toward better health.

While on her weight loss journey, Munroe turned to her friends and family for support. “I had friends that would continually send me sweet messages to cheer me on,” she said, “and a couple that would join in on my workouts and late night runs.”

But she turned to another source as well: her Heavenly Father. “I learned to rely on my Father in Heaven in every moment. It was such an emotional journey that had lots of self-doubt and opportunities to ‘throw in the towel.’ I feel that most people are obese or overweight not because of their issues with food or exercise necessarily, but because of some sort of emotional issue that they may be facing. I definitely had a lot of that to work through…I had to find self-love. The way I did this was to envision my Savior’s love for me and how he gave his life for me. I was so comforted to know that I didn't carry this challenge in my life on my own. That he knew all that I was feeling. I learned to love myself and to see that I was a unique, talented daughter of God. I prayed continually that I would have the strength physically and mentally to continue to become healthy. That I would have the energy to exercise, the will to get out of bed and get to the gym, the finances to support my healthy eating, etc.

“I also knew that this was a worthy goal and that I would be blessed if I gave it my all. I had to do my part and the Lord would not let me fail.”

During the rough times, she also turned to the scriptures for more guidance. Ether 12:27 is a personal favorite of hers. “I needed this strength physically and emotionally; to be able to endure the challenge of making my body more healthy, but also the strength and courage to believe in myself, keep going every day so I didn't give up, and the ability to resist cravings or temptation to get off track. I relied on the promise that I would be made stronger and more able to endure and be successful if I was faithful and prayerful. With that said, I had to do my part first before I 'qualified' for the blessings.”

One of the biggest impacts living a healthier lifestyle had on Munroe was to change her perspective on the Word of Wisdom. “I feel that our current 'Mormon culture' (especially in the West where I was raised) somehow chooses to forget that it also refers to our bodies in general and our overall physical activity and nutrition. I think, like many people, I knew that I had a responsibility to take care of myself, but I thought that as long as I wasn't drinking coffee or tea, I was taking care of myself. I couldn't have been more wrong. I have learned that eating unhealthy food that is high in fat and salt can be just as damaging physically, if not more so, than partaking of coffee or tea beverages.

“I loved the last general conference that we had when Elder Klebingat spoke on Saturday afternoon and said, ‘Take care of your own physical well-being.’ It was the first time in my life that I was aware of the physical part of the Word of Wisdom was mentioned from the pulpit. It showed such love to me to know that our leaders love us so much that they are encouraging us to not only worry about our spiritual health but our physical health as well. They are both so intertwined.”

One of her biggest motivational quotes was President Monson’s, “Stick to a task ‘til it sticks to you. Beginners are many, finishers few.”

“We all try to lose weight on January 1st of each year,” she said, “but then what happens? I knew I needed to take care of my body and respect the gift that it is. So I heeded the prophet’s counsel to be a finisher and to kept going each day. I still am going and sprinting to the finish line. I always will be.”

*Sandra Munroe has since gotten married and her legal surname is now Hernandez.