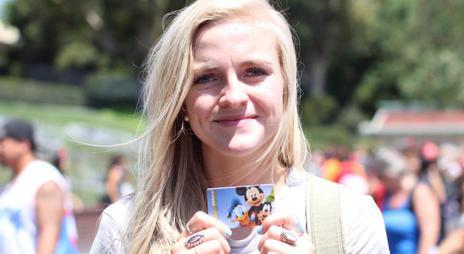 MR says: What began as a social media campaign to find hope and secure prayers for an LDS woman in a coma has actually awakened the faith and hope of others. People from all over the world have begun posting on the Pray4Mad Facebook page, with comments like, "Just wanted to let you know that although I'm not a particularly religious person, there was a heartfelt tearful prayer sent up for Maddi from Scotland."And just Friday morning, another woman posted: "Thank you for letting her sleep, so the rest of us could wake up."

A month ago, Maddison Jones was involved in a horrible car accident that left her in a coma.

Her family says it’s the response on social media that’s keeping them full of hope.

On Oct. 10, life changed for the 22-year-old Orem woman. Jones was a passenger in a car that was broadsided.

"The thing that I was told when I got to the trauma room was that the injuries to her body should have killed her,” said Merilee McClellan, Jones' mother.

Mormon Life Accident News From Utah Prayer Prayers HopeAccident,News From Utah,Prayer,Prayers,Hope,Mormon Life
Comments and feedback can be sent to feedback@ldsliving.com