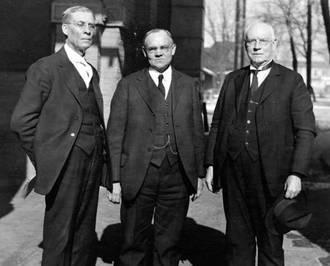 Before they were both ordained as special witnesses in The Church of Jesus Christ of Latter-day Saints, Elder Widtsoe was a chemist and Elder Talmage was a geologist. Both men were considered scholars in their respective fields. Both served terms as president of the University of Utah. Both men also demonstrated it was possible to balance academic and scientific pursuits while progressing spiritually.

“The church supports and welcomes the growth of science. … The religion of the Latter-day Saints is not hostile to any truth, nor to scientific search for truth,” Elder Widtsoe said in his 1943 book “Evidences and Reconciliations.”