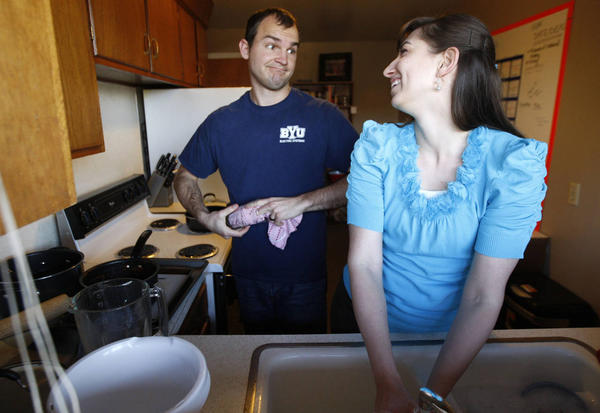 Latter-day Saints More Happy in Marriage than Other Christian Groups

Matthew Draper, a psychologist and associate professor at Utah Valley University, said he has seen very successful marriages and happiness within families who are not informed by religious faith at all.

But he said the research shows that Christian groups reported high satisfaction in their marriages, and it was highest among those of the LDS faith.

"We find that Latter-day Saints tend to report better marital satisfaction when they're both on the same page, even compared to members of other Christian groups," he said.

Faith is not one person's alone but rather it is usually shared, Draper said.

"It's not my faith versus our faith," he said. "Instead, faith is something that, for those who find faith important, needs to meaningfully grow within their relationships."

Ideally, Draper said, couples should support each other in their faith development, whatever that may be.

"If one is on a faith journey and the other one isn't, then there will be some tension, some sadness, even potentially some contention there," he said.