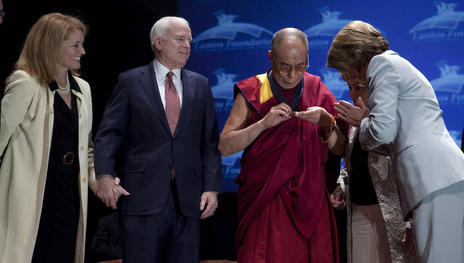 When a punk rock group got sent to prison for a protest at a Moscow cathedral earlier this year, Katrina Lantos Swett was an ocean away— but not all that surprised. To her, the harsh reaction reflected a tight link between the Putin regime and the Russian Orthodox Church.

The severe sentence imposed on protestors for trespassing in a Moscow church — the court called it “hooliganism” — may at first glance seem like an odd focal point for a U.S. religious freedom advocate. The punkers were, after all, behaving somewhat irreligiously.

But Swett sees rule of law as being at the core of religious freedom, and sees the disproportionate punishment in Russia as a threat to conscience, and thus to religious liberty.