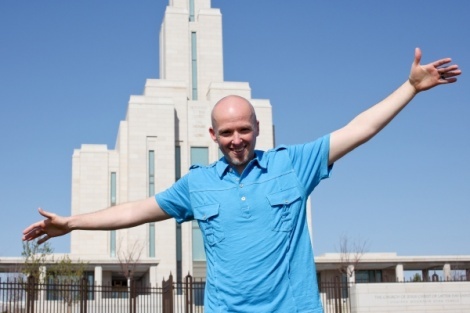 Attending The Church of Jesus Christ of Latter-day Saints semi-annual conference was a kind of spiritual field trip for Charles Hill and his son. They weren’t going to hear talks by LDS leaders—they were going to watch how fellow evangelicals engaged the LDS families entering the Conference Center. A number of evangelists are practically infamous for waving protest signs, hurling insults and promising Mormons damnation because of their beliefs.

“I took my son there just for a life lesson,” says Hill, an evangelical pastor from South Jordan. “I knew what happened at conference ... but my son was just devastated. I said, ‘Let’s pray and think how we can show [LDS members] love.’ ” The answer: hugs.

Hill’s approach is known by some evangelical circles as “hugs not thugs,” and is even considered by some as a counter-protest to street-preacher evangelicals who are a regular presence outside the Salt Lake City LDS Temple and at the Conference Center on conference weekend, waving picket signs and denouncing LDS Church President Joseph Smith as a false prophet. Fundamentally, Hill agrees more with the sign-wavers than with the conference-goers, but their method, he argues, is not based in scripture.

That’s why, at the recent April LDS General Conference, his congregation was offering free hugs to conference attendees to balance out the vitriol from fellow evangelist street preachers.
Read the rest of this story at cityweekly.net