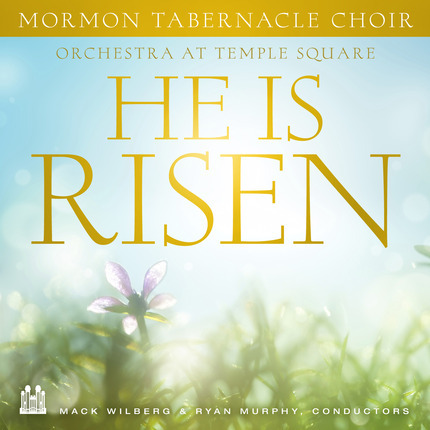 MoTab's 'He is Risen' Hits #1 on Two Billboard Charts

The music of the Mormon Tabernacle Choir has been heard around the globe, and this Easter it was heard on a new CD titled "He is Risen." Released on April 1, it gained a lot of listeners during the Easter week, and filled the number one spot on both the Classical Albums Billboard chart and the Traditional Classical Albums chart.

Bart Olson, who worked with the Choir to produce this inspiring album, said "We are thrilled to see the Mormon Tabernacle Choir and Orchestra at Temple Square has once again topped the Billboard chart. It's no surprise that this time they've topped two different Billboard charts at the same time. Their latest album, 'He is Risen' is a reminder that they are producing music at the very highest levels. The public response has been overwhelming, and the attention that they're getting is well deserved."

Some of the notable names it passed included Il Divo and their album "A Musical Affair: The Greatest Songs From The World's Favourite Musicals," Rumi Symphony Project: Untold," by Hafez Nazeri, and "Let at Ephesus," by Benedictines of Mary, Queen of Apostles.