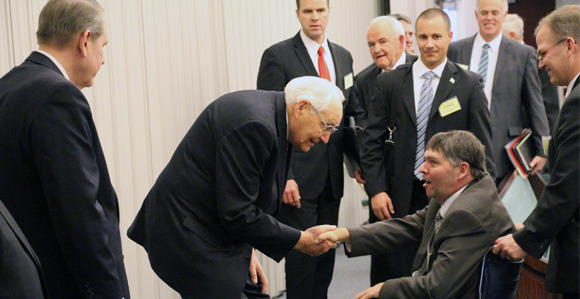 Sunshine and warm weather are among the things that draw people to St. George, Utah, this time of year.

“I’ve waited 40 years for the opportunity to be assigned to go to St. George in the winter. When I got there, the weather was worse than it was in Salt Lake City,” said Elder L. Tom Perry of the Quorum of the Twelve Apostles of his visit to southern Utah December 13-15, when temperatures plunged into the low 20 degrees and snow blanketed the ground.

But the weather wasn’t what Elder Perry wanted to talk about when he spoke with the Church News about his visit to southern Utah’s “Dixie,” so named after being settled by Mormon pioneers from the Southern U.S., and for its usually “southern-like” climate. He wanted to talk about the members there.