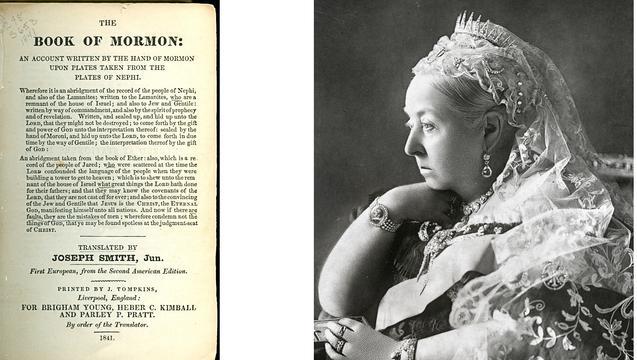 Mormonism in Pictures: The History of the Church in the British Isles

In the River Ribble, near Preston, Lancashire, England, missionary and apostle Heber C. Kimball baptized the first converts in England on 30 July 1837, only 10 days after the missionaries’ arrival. Several thousand curious spectators watched the baptisms from the park-like banks. It was near here that the Church first took root in the British Isles. The Preston Ward, the Church's oldest continuing congregation, was founded in 1837.

In 1841, the first copies of the Book of Mormon to be printed outside the US were published in Liverpool, England, at the direction of Church leaders, including Brigham Young. Before Young left England in April 1841, he requested that a copy of the Book of Mormon be taken to Queen Victoria, who had begun her golden reign in 1837. Richly bound copies were made for her and for Prince Albert, and missionary Lorenzo Snow received an audience in 1841, at which time he presented the book to Her Majesty.