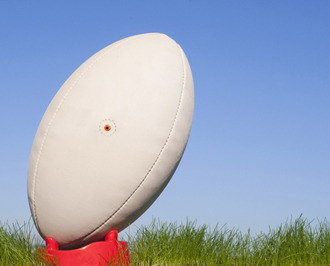 Standing at the sacrament table Sunday morning, cousins Jackson and Collin Kanenwisher still appeared battered with scrapes, black eyes and sunburns. Jackson’s brother, Spencer, winced a bit while ushering at the chapel doors. Collin’s brother Beau was limping slightly as he passed the sacrament with the other deacons.

The day before, the Kanenwisher boys and their high school teammates clenched the Montana state title for club rugby in a fierce battle that ended 41 to 15. The Bitterroot Warriors, a majority of whom are LDS Church members, had a Cinderella season and are leaving the field with more than a trophy.

Organized two seasons ago, the Warriors' first players included the Kanenwisher cousins and their best friends, brothers Zander and Adam Smith. They recruited from each county high school but had the most success signing up church friends.