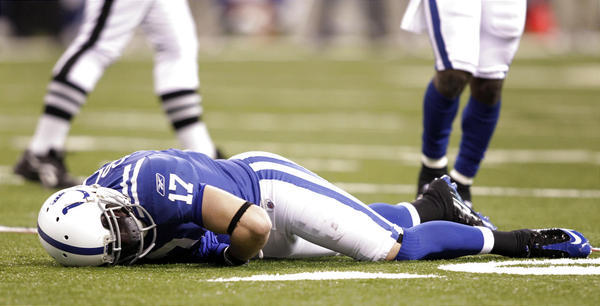 Now, the Colts hope he'll be back in time for the playoffs.

The second-year receiver left just before halftime Sunday after getting hit in the head and sustaining his second diagnosed concussion in seven weeks.

"The only update I can give you is he's doing OK right now, but he had a concussion, and he'll be evaluated further," coach Jim Caldwell said after the Colts' 34-24 win over the Jacksonville Jaguars.