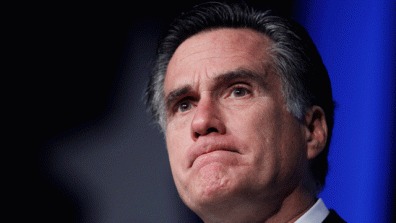 News roundup: 'Mormonism Is a Cult'

New York Times: Prominent pastor calls Romney’s church a cult
A Texas pastor introduced Rick Perry at a major conference of Christian conservatives here on Friday as “a genuine follower of Jesus Christ” and then walked outside and attacked Mitt Romney’s religion, calling the Mormon Church a cult and stating that Mr. Romney “is not a Christian.”
MSNBC: Romney denounces 'poisonous language' against Mormonism
Republican presidential hopeful Mitt Romney on Saturday denounced "poisonous language" against faiths as he grappled with a flare-up over religion sparked by a prominent supporter of Texas Gov. Rick Perry, his rival. Perry steered well clear of that simmering issue and pushed another hot button instead: Social Security.
Fox News: Romney’s Mormon faith is thrust back into campaign spotlight
It was bound to happen sooner or later. Former Massachusetts Gov. Mitt Romney, who was questioned repeatedly about his Mormon faith during his 2008 presidential bid, finds his religion under attack again in the 2012 GOP race.
Deseret News: Romney, Fischer obscurely address 'big, anti-Mormon elephant' at Values Voter Summit
The anticipated back-to-back speaking appearances of Republican presidential candidate Mitt Romney, a member of The Church of Jesus Christ of Latter-day Saints, and Bryan Fischer of the American Family Association, who said recently that Latter-day Saints aren't Christian and are therefore not entitled to First Amendment protections, materialized Saturday morning at the annual Values Voter Summit in Washington, D.C.
Politico: Mitt Romney's Mormon issue returns
The Values Voter Summit in Washington this weekend left no doubt about it: The Mormon issue is back. A Texas pastor’s inflammatory remarks here — calling Mormonism a “cult” — thrust Mitt Romney’s faith into the center of a 2012 campaign overwhelmingly focused on the economy. It was a transparent attempt by Baptist minister Robert Jeffress, a Rick Perry supporter, to drive a wedge between Romney and evangelical voters.
USA Today: Will Romney, Perry race be Christian vs. Christian?
One could think so, given the news Friday coming out of the Values Voter Summit in Washingon, D.C. One of Rick Perry's retinue of pastor-backers, Robert Jeffress of First Baptist Church of Dallas, told media that evangelicals consider Mitt Romney "a good moral person" but ...not a Christian. Mormonism is not Christianity. It has always been considered a cult by the mainstream of Christianity.
Huffington Post: The Mormon in the Room
Why is Mitt Romney so unloved by the Republican base? Even after Rick Perry's meteoric rise and fall in the polls, the main beneficiary of the Texas governor's stumbles has been Herman Cain, not Romney.
CBS News: Huntsman dismisses Mormon controversy as "ridiculous sideshow"
With all eyes on Mitt Romney as he fends off a recent wave of controversy over his Mormon faith, the other Mormon in the GOP presidential race -- Jon Huntsman -- says he's had enough.
USA Today: Republican candidates distance themselves from Mormon remark
Republican presidential candidates stayed away from a Southern Baptist pastor's dig that Mitt Romney is not a Christian and that his Mormon religion is a "cult." Robert Jeffress of First Baptist Church of Dallas, who supports Texas Gov. Rick Perry, told reporters at the weekend's Values Voter Summit that Romney is "a good moral person" but Mormonism "has always been considered a cult by the mainstream of Christianity."
CNN: This evangelical says Mormonism isn’t a cult
Some prominent evangelical pastors have been telling their constituents not to support Mitt Romney’s bid for the presidential nomination. Because Romney is Mormon, they say, to cast a vote for him is to promote the cause of a cult. I beg to differ.
Washington Post: Why evangelicals must stand up to anti-Mormon bigotry
As a boy from West Virginia, I disliked the negative stereotypes about my state. Nearly as bad was when you met a West Virginian determined to live up to them. Bigots are incorrigible enough, but encouraging them by playing to type empowers them.