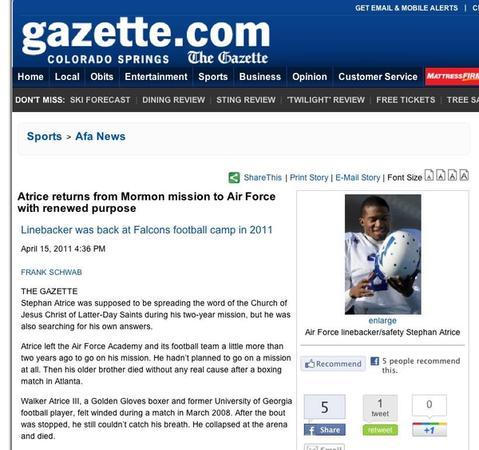 Air Force linebacker Stephan Atrice used to dream about being a football star. The idea of serving an LDS mission was light years away.

“Mission, shmission,” Atrice told the Colorado Springs Gazette. “I didn’t even think about it.”

Then his big brother collapsed and died in a boxing ring.

Suddenly football wasn’t as important. Atrice became more serious about life and spirituality. His brother’s tragic death eventually led Atrice to want to serve a mission, and he was called to Puerto Rico and other locations in the Caribbean islands. Not only did he spread the gospel, but he said he found personal peace.