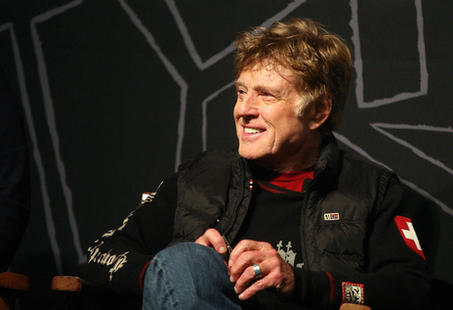 The mood was electric at Equality Utah's annual dinner with more than 2,000 people giving a standing ovation to filmmaker and activist Robert Redford as he offered his support for the state's LGBT community.

"I'm here for the same reason you are — equal rights for all," Redford told the group Monday night. "Like you, I believe there's no place in our world for discrimination. None."

Redford's tone was serious as he briefly addressed the sold-out crowd, dressed in red cowboy boots and denim jeans paired with a collared shirt and blazer. This was his first time at the annual Allies Dinner, an event for gay and straight Utahns celebrating together the campaign for equal rights for the LGBT community.