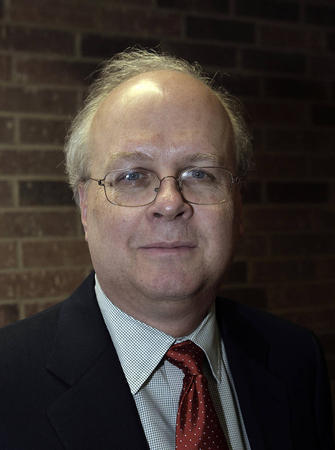 It's "absolutely" possible for a Mormon to be president of the United States some day, said Karl Rove, the senior adviser to President George W. Bush, stressing that dissecting the tenets of a religion in conjunction with a candidate is inappropriate.

Rove, credited with being the "architect" of Bush's successful run in politics, was at the Davis Conference Center Thursday evening as the celebrated guest of the Davis County Republican Party's annual Lincoln Day Dinner.

Although his speech to the crowd was closed to the media, Rove took a few minutes to speak to reporters beforehand, speaking candidly, and quickly, on his views of the Republican "surge" in the 2010 elections and his prediction on what will happen in the 2012 presidential contest.