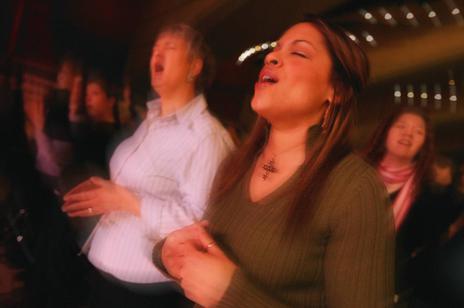 By going to a religious service, you’re making yourself happier.

According to a study from The Austin Institute for the Study of Family and Culture, religious people tend to be happier than nonreligious people. The study found that 45 percent of people who attended religious services weekly were “very happy” with their lives. For those who attended a religious service occasionally or never, 33 and 28 percent of people respectively identified as being “very happy,” according to the study.

In addition, the study found that religious people are more involved with their communities, which improves their social relationships. But it also said that those who weren’t involved in religion but had equal amount of time spent with the community were still less happy than religious folks.