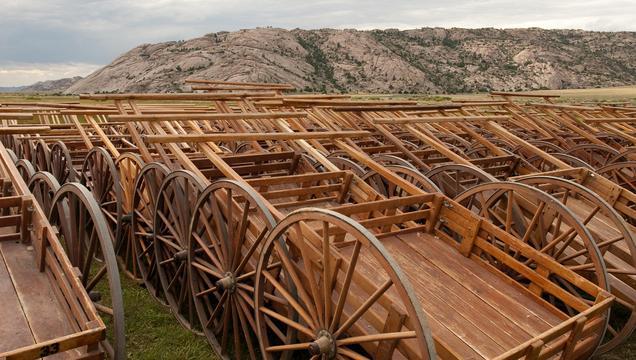 Wyoming: the rugged west, cowboys, horses, plentiful wildlife and a lot of Mormon pioneer history. There are many things to do and learn in the great outdoors in America’s 44th state.

For the groups of pioneers traveling not in the “luxury” of covered wagons but pulling all they owned in two-wheeled handcarts, Wyoming was a difficult place to be, especially in the winter. The already beleaguered early members of The Church of Jesus Christ of Latter-day Saints left Iowa City, Iowa, in June of 1856 on their way to the Salt Lake Valley.