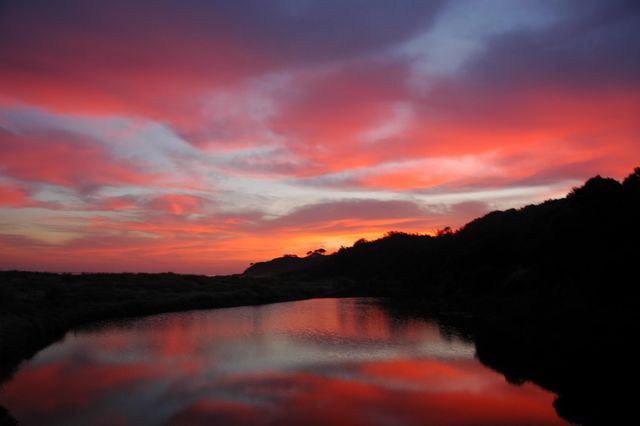 The Name of Heavenly Mother and Father: Insights That Might Change How You Read the Scriptures

Many Latter-day Saints know the Hebrew word Elohim is used frequently in the Bible to reference God. But did you know this sacred title was also used to reference the pagan gods and spirits worshipped during biblical times?

Elohim is a masculine plural noun used 2,570 times in the Old Testament, and its literal translation is “gods” (Encyclopedia of Mormonism, “Elohim,” byu.edu). While many other religions explain the plural form Elohim in the Bible as a sign of God’s majesty and total power (speaking of Him as the “God of gods”), Latter-day Saints have added insights into this sacred name from scripture and modern revelation that provide deeper meaning.

“If we take the Hebrew word Elohim, that’s often attributed as the name of the Father, the name’s roots refer to power and strength,” says Martin Pulido, co-author of the BYU Studies essay “’A Mother There’: A Survey of Historical Teachings about Mother in Heaven” and editor of Dove Song. “Culturally we take it to mean a nice-sounding male name we attribute to God the Father. . . . But how accurate is it? Elohim is a plural word, allowing it to be inclusive of multiple beings like the Father and the Son or the Godhead in general.”

But could the use of Elohim as a plural noun include female deity and reference our Heavenly Mother?

A Closer Look at Elohim

The Book of Abraham, which Joseph Smith began translating in 1835, has been a vital tool in clarifying the Creation, plan of salvation, and how we understand deity and our relation to it. In Abraham 4:27 we read, “So the Gods went down to organize man in their own image, in the image of the Gods to form they him, male and female to form they them.”

Here, we find Gods creating the world, not a singular God or Father. In addition, the clarification “in their image . . . male and female” reveals that the feminine was included at this moment of creation, suggesting our Heavenly Mother as well as the Father and the Son helped shape this world, our bodies, and our natures.

Many Church leaders have spoken about this fact, including Brigham Young, who stated in his 1876 semiannual general conference address:

Having fought the good fight we then shall be prepared to lay our bodies down to rest to await the morning of the resurrection when they will come forth and be reunited with the spirits, the faithful, as it is said, receiving crowns, glory, immortality and eternal lives . . . Then will they become gods, even the sons of God; then will they become eternal fathers, eternal mothers, eternal sons and eternal daughters; being eternal in their organization, they go from glory to glory, from power to power; they will never cease to increase and to multiply worlds without end. When they receive their crowns, their dominions, they then will be prepared to frame earth's like unto ours and to people them in the same manner as we have been brought forth by our [heavenly] parents. (Brigham Young, Journal of Discourses, 18:259, October 8, 1876.)

President Young included “eternal mothers” and “eternal daughters” among those who will frame earths and likens it to what happened in the Creation of our world, demonstrating both our Mother’s role in the Creation as well as our future potential.

But how does this reflect on our understanding of the word Elohim?

Pulido says, “Does [Elohim] include the female? Against it, I’ve heard people say, ‘It is a masculine noun, so it is used to refer to the Father and the Son.’ But if you look in the Bible, you find verses like 1 Kings 11:5 where it describes Solomon following ‘Ashtoreth the goddess of the Sidonians.’ Now, the word for the goddess in that verse is Elohim, and Ashtoreth, as many know, was a female fertility goddess, so Elohim can be used to reference the female. I think that is demonstrated well again in the Abrahamic creation account in the Pearl of Great Price where in the image of Gods male and female are formed. And that mirrors the Genesis account where the term for the Gods is Elohim. So I am asking myself, why is it that Elohim cannot apply as much to Heavenly Mother as to Heavenly Father?”

A Beautiful Meaning of Elohim

A few modern scholars of towering reputation have taken a different stance on the meaning of ’elohim, specifically when found in combination with the divine name Yahweh (English, “Jehovah”) in the text of the Hebrew Bible.

Yahweh is thought to be a causative form of the verb meaning “to be, to exist” and meaning literally, “he will cause to be.” Thus the phrase Yahweh Elohim (translated as Lord God in the King James Version) would mean, literally, “he will cause gods to be.” Professor William H. Brownlee, one of the early authorities on the Dead Sea Scrolls, asserts that the biblical phrase customarily rendered as “Lord God” can be translated as “‘He creates gods,’ i.e., ‘He creates the members of the divine assembly’.” (To Become Like God: Witnesses of Our Divine Potential)

Reading this explanation in context with Abraham 4:27 and Pulido’s insights, let’s consider those phrases using the plural: “They will cause gods to be” and “They create gods.”

Titles like Elohim, God, or Gods now become even more significant because they reference the nature of Heavenly Father and Heavenly Mother as united, divine beings and creators.

“I think there is something neat about having a word that refers to them being united, because neither is divine without the other,” Pulido says. “That is really distinctive from other ancient religions of female and male pairs. Like in Egypt you had Osiris and Isis, Canaan you had El and Asherah, Greece you had Hera and Zeus—where one is the god of marriage and the other is the god of thunder, or a manifestation of divinity in that particular role.  In our religion Mother and Father are only together the god of marriages and thunder, amongst, of course, many other things.”

As Elder Erastus Snow, an apostle in the Quorum of the Twelve Apostles, testified:

If I believe anything that God has ever said about himself . . . I must believe that deity consists of the man and woman. . . . There can be no God except he is composed of the man and woman united, and there is not in all the eternities that exist, or ever will be a God in any other way. (Journal of Discourses, 19:272-73, March 3, 1878.)

The same logic that makes “reason stare” in Eliza R. Snow’s “O My Father” tells us that without that partnership of both Father and Mother, our Heavenly Parents would not have eternal spirit children to rule over and direct, meaning their divinity and deity requires the cooperation of two equally important roles and parts: Father and Mother.

What’s in a Name

While there is nothing incorrect in referring to God the Father using the term Elohim, the Encyclopedia of Mormonism reminds us, “referring to the Father as ‘Elohim’ is a useful convention as long as one remembers that in some passages of the Hebrew Bible the title elohim does not refer exclusively to the person of God the Father. A less ambiguous term for God the Father in LDS parlance might be ‘Ahman’ (cf. D&C 78:15, 20), which, according to Elder Orson Pratt, is a name of the Father (Journal of Discourses 2:342).”

Many Latter-day Saints desire to know the name of our Heavenly Parents, and while we have many titles for these divine beings, current naming conventions sometimes obscure how we understand names and the meaning behind them. Through translation and time, Pulido notes that many names become “fossils sitting in the language, not really understood by its original meaning.”

He continues, “Names, like many words, differentiate things. What kinds of names we use for differentiating people have changed. You take the earliest names in our Anglo history and they were just purely descriptive. You have a biblical example like Rachel who names her last son—after she thinks her first son Joseph is dead—Ben-oni, which means ‘son of my sorrow.’ Jacob then renames him Benjamin, which means ‘son of my right hand.’ These names were very descriptive, and I have to stop and ask myself, isn’t Heavenly Mother as descriptive of a name as those?”

While there are many names to describe deity, God, our Heavenly Parents, and even Jesus Christ, we must remember each of these names are important in the way they reflect facets of the divine. Many of the titles used for Heavenly Mother by Church leaders—“Mother God,” “God Mother,” “God the Mother,” “God their Eternal Mother,” “Eternal Mother,” and “Mother in Heaven” (“’A Mother There’: A Survey of Historical Teachings about Mother in Heaven,” BYU Studies 50, 2011)—reflect Her divinity as well as the most important role she plays in our life: that of our spiritual and everlasting Mother.

As Elder Jeffrey R. Holland said in a 1988 BYU Speech:

Of all the titles he has chosen for himself, Father is the one he declares, and Creation is his watchword—especially human creation, creation in his image. His glory isn’t a mountain, as stunning as mountains are. It isn’t in sea or sky or snow or sunrise, as beautiful as they all are. It isn’t in art or technology, be that a concerto or computer. No, his glory—and his grief—is in his children. You and I, we are his prized possessions, and we are the earthly evidence, however inadequate, of what he truly is. (“Of Souls, Symbols, and Sacraments.”)

The same is true for our Mother in Heaven. While we might not have a specific, revealed name for either of our Heavenly Parents, we speak the most crucial truths about Them each time we reference Their titles: that They are our literal spiritual parents and we are sons and daughters of Gods. Even Christ, while suffering in the Garden of Gethsemane, referred to God as “Abba” or “Father,” reflecting the close relationship He had with our Father in Heaven.

While understanding Elohim and God as words that can include both of our Heavenly Parents may influence the way we read the scriptures and worship in our churches or temples, it is important to note that Church leaders have asked us to address our prayers to Heavenly Father, following the example of Jesus Christ. It is also important to realize that in knowing who we are by coming to know our Heavenly Parents, we find that the most important revealed truths about Them are not Their titles or names but our understanding of Their characters and our relationship to Them. Everything we learn and do should shape our natures to become more like those of our Heavenly Parents. And the only way we can truly become gods and goddesses ourselves is through our Savior Jesus Christ, who not only showed the way but made it possible for us to receive eternal life and exaltation.

As President Dallin H. Oaks of the Quorum of the Twelve Apostles has said, “Our theology begins with heavenly parents. Our highest aspiration is to be like them” (Dallin H. Oaks, “Apostasy and Restoration,” Ensign, May 1995, 84).