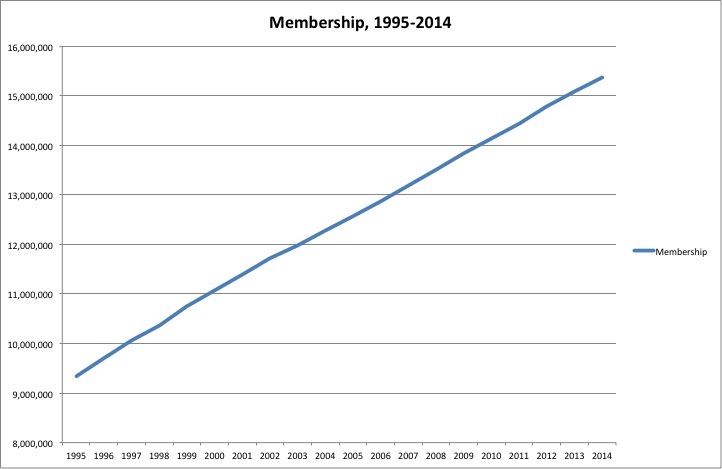 Did you know that, as of December 31, 2014, the church had 3,114 stakes with 29,621 wards and branches? Of course you do: every April during Conference, somebody reads the church’s annual Statistical Report from the prior year.

The thing is, though, that, standing alone, the Statistical Report is so much cocktail party fodder: it’s interesting (because numbers!), but ultimately doesn’t tell us much at all. Put it into some kind of context, though, and suddenly the numbers start to tell a story.

So here’s some context:

I looked at 20 years of statistical reports, from 1995 to the present.[fn1] I took all of the data (except for the number of temples rededicated) and put it into a spreadsheet.[fn2] I then used that data to graph certain trends over the two decades. And those graphs told a handful of really interesting stories.

The first several graphs are straightforward: I just took the numbers reported by the church and graphed them over time.