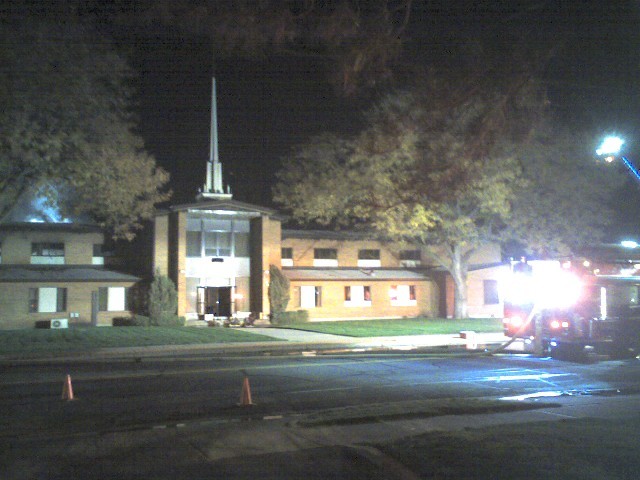 Two LDS churches caught fire overnight, destroying one of the chapels and causing hundreds of thousands of dollars in damages.

The first fire began a little after 3:30 a.m. Saturday at a chapel at 3219 S. 300 East in South Salt Lake. Batallion Chief Terry Addison with the South Salt Lake Fire Department said investigators are ruling that fire suspicious. A brick was found thrown through a window in the chapel where the fire began.

"We have a breach through one of the windows," he said. "Right now it's looking like it is a suspicious fire."
Read the rest of this story at ksl.com