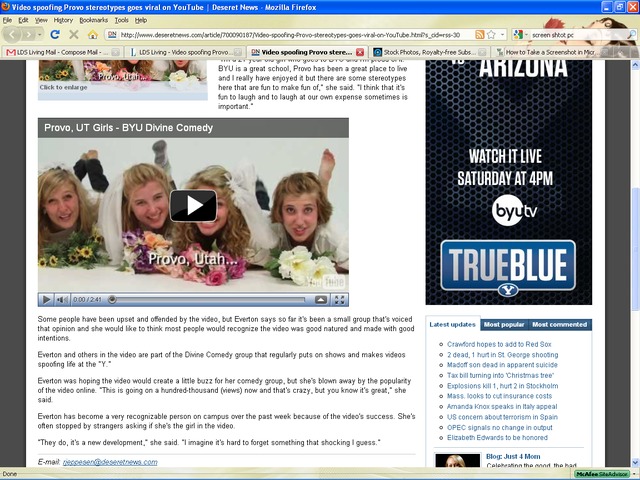 A music video parody made by a group of BYU students that pokes fun at BYU and Provo stereotypes has become a YouTube hit.

The video, called "Provo, Utah Girls — Divine Comedy," has been viewed close to 100,000 times since it was posted less than a week ago.

It's a parody of the popular Katy Perry song, "California Gurls," and the video's creator Mallory Everton says the idea and lyrics popped in her head during the summer when she was back at home in Portland, Ore.