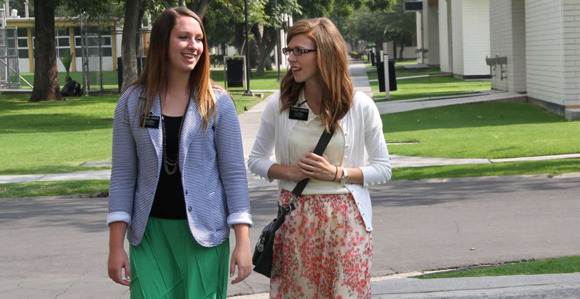 Viewpoint: Prepare Now to Serve Wherever You Are Needed

Recently a reporter enjoyed lunch with a group of missionaries who had begun their Spanish-language training at the new Missionary Training Center in Mexico City.

The elders and sisters gathered around that cafeteria table were an enthusiastic bunch. They were working hard to learn a new language even as they studied, prayed, and fasted to fortify gospel testimonies that, for most, had been years in the making.

Some of the missionaries were just a few weeks removed from high school and were making their maiden transition to a life away from home and family.

The reporter asked his young lunch mates if they had always had a goal to serve a mission. Almost every missionary nodded his or her head affirmatively.

Only one—a soft-spoken sister missionary—shook her head. Not wanting to push a personal matter in front of the others, the reporter moved on to another question.

The sister stopped him mid-sentence.