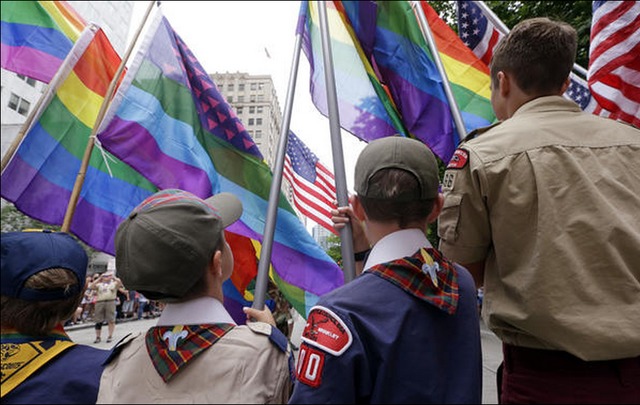 What Could the Boy Scout Decision Mean for LDS Troops?

Are the days of religious groups’ involvement in the Boy Scouts numbered or will a pending vote on gay leadership give those who oppose it a workaround?

Faith groups, some of which are key sponsors of Scouting troops, continue to mull next steps after the executive committee of the Boy Scouts of America unanimously adopted a resolution Friday(July 10) allowing its chartered organizations to choose adult gay leaders.

But the BSA also said the change in policy would permit religiously chartered organizations to continue not doing so.

Some faith leaders said their continued support for the BSA would hinge on that caveat.