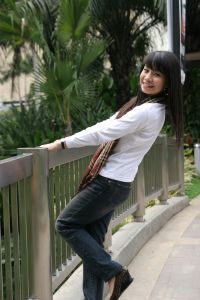 On one of the trails in a canyon near my home, there is a sign that says Stay on the Path. As one embarks on that trail, it soon becomes very clear that this is sound advice. There are hills and turns and steep drop-off areas. In some places the ground beyond the path is unstable, and during certain seasons of the year, an occasional rattlesnake appears. My message to each of you tonight is the same as the message on that sign—Stay on the Path.

Several years ago I went on a backpacking trip in the Teton Mountains of Wyoming with a group of young women. It was a difficult hike, and on the second day we arrived at the most dangerous part of the hike. We were going to hike along Hurricane Pass—aptly named because of the strong winds which almost always blow there. We were instructed by a ranger to stay in the center of the path, stay as low as possible on the exposed part of the trail, secure everything in our packs, and move quickly. This was no spot for photographs or for lingering. I was very relieved and happy when each one of the young women had navigated that spot successfully. And do you know—not one of them asked how close to the edge they could get!

Sometimes as we walk life’s paths, we want to loiter in dangerous places, thinking that it is fun and thrilling and that we are in control. Sometimes we think we can live on the edge and still maintain our virtue. But that is a risky place to be. As the Prophet Joseph Smith told us, “Happiness is the object and design of our existence; and will be the end thereof, if we pursue the path that leads to it; and this path is virtue” (History of the Church, 5:134–35).

The Lord’s advice to Emma Smith in Doctrine and Covenants section 25 is His advice to all of His precious daughters. There we are given a code of conduct and counseled to “walk in the paths of virtue” (v. 2). Virtue “is a pattern of thought [or] behavior based on high moral standards” (Preach My Gospel (2004), 118). So what are the high moral standards that help us to be virtuous?