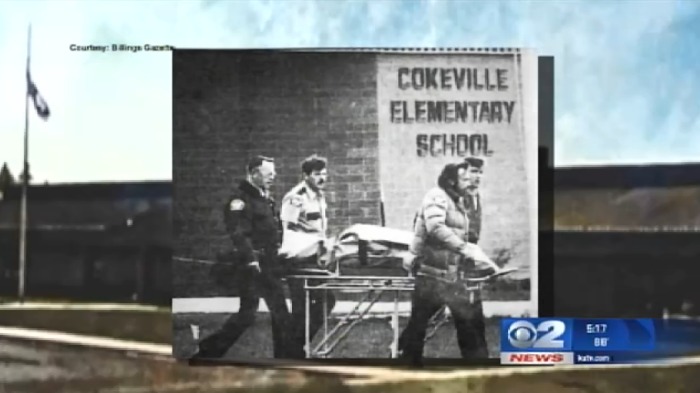 T.C. Christensen has an eye for finding miraculous, true stories to bring to life through film. After a successful run with two LDS pioneer films, 17 Miracles and Ephraim's Rescue, Christensen is turning his attention to a more modern story that took place in the tiny town of Cokeville, Wyoming, according to KUTV.com.

The true story that the movie is based on took place on May 16, 1986 when a husband and wife took an entire elementary school hostage with guns and a homemade bomb. Miraculously, when the bomb went off in the classroom where everyone was being held, only the husband and wife were killed.

Based on many eye-witness accounts from the 154 survivors, the film has already touched the hearts of some of the actors.

Jasen Wade, who has starred in both 17 Miracles and Saints and Soldiers: Airborne Creed will be playing the part of the lead investigator in the film. He shared his thoughts with KUTV interviews: "There are a few events that happn in this that I'm trying to wrap my brain around, but I have to believe it. There are just too many witnesses to it. Too many incredible things happened."

Actor Shawn Stevens is also excited about his role in the film. Considering that his last film performance was in a 1986 Church production of Our Heavenly Father's Plan, Stevens was grateful for the opportunity to play the role of the local religious leader. Stevens, a convert to the church, told the Deseret News that it reminded him of the speech he had to make as a counselor in the bishopric after September 11th attacks. He explains that "I'm drawing on that experience to help me understand a modicum of what my character went through."

The film, whose working title is The Cokeville Miracle, is set to be finished filming by the end of the summer, and will be released in spring 2015.