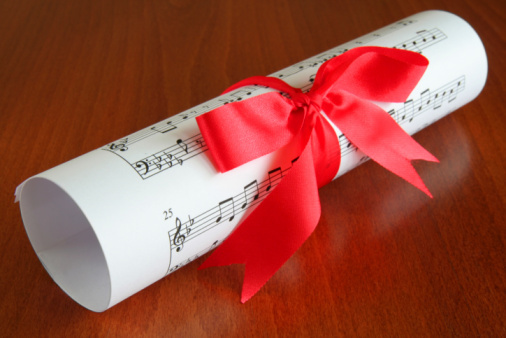 {A&E} 'Favoritest' Hymn of All Winner!

The votes are in and we have a “favoritest” hymn. Congratulations to …

I Know that My Redeemer Lives

I’m not really surprised this classic hymn won, but I am intrigued with the first runner-up, Come, Thou Fount. It only lost by one percent of the total votes, so clearly it’s a popular hymn. But the funny thing is, it’s not actually in the current hymnbook.

Come, Thou Fount was the most requested write-in hymn from round one of voting, so we added it to the list of others. But if it’s not even in the hymn book, why is it so popular?

The answer is, it used to be, so a lot of members are familiar with this hymn and still consider it a favorite. When the newest version of the hymnbook was printed in 1985, Come Thou Fount was missing. The Church wrote an article in the Ensign about the changes, but there wasn’t a reason as to why specific hymns made the cut and others didn’t. Here’s what they had to say:

“Just as some hymns have been added to the book, some have also been deleted. ‘Through the years a number of hymns have only rarely been sung,’ said Elder Pinnock. ‘Wanting to keep the book to a reasonable size, and needing to add new hymns, we felt it would be wise to remove some of the little-used hymns.’ Members may want to keep their old hymnbooks as a treasure, Brother Moody suggested, and continue to sing the hymns they love that may not appear in the new book. …

Selecting the relatively few hymns that would finally be added to the book was a challenge. ‘I would compare it to buying a house,’ said Sister Goodliffe, ‘There are other factors involved in choosing, besides just the house itself. It has to be right for the family, in the appropriate price range, in a suitable location; it’s not enough that you like it. Selecting these hymns was similar. There were more factors involved than I had dreamed of. And there were many wonderful hymns we couldn’t use.’”

What do you think? Do you think the winner and first runner-up are the right hymns?

--
Ashley Evanson is the online editor at LDS Living. She is a self-proclaimed foodie and loves looking at design blogs, wishing she could be as hip as the people she reads about. Her favorite color is light tan.